About the Bedford Volunteer Awards

The Bedford Volunteer  Awards were created in 1982 by the Town of Bedford, continuing until 1996. After amalgamation, Halifax Regional Municipality (HRM) took over the volunteer selection, choosing 4 people from Zone 2, an area with about 100,000 people.
No Bedford residents were selected in those years.
In 2001, a group of Bedford residents decided to re-establish the  Bedford Volunteer Awards to insure that people volunteering within our community were recognized for their generous contributions.
Originally funding for awards between 1982 and 1996 was shared between business and the Lion's Club. From 2001 through 2010 our elected politicians at the municipal, provincial and federal level contributed financially to the cost of this event.  As of 2011 all funding comes from  businesses in the Bedford area.
Since 1982 the Bedford Lion's Club has graciously donated the venue and manpower to assist with the event and have prepared the food for all guests.
Traditionally, the Councilor, Mayor, MLA and MP, elected representatives of the Bedford community, have been invited to address the Nominees to thank them for their valuable contributions on behalf of all levels of government.

The committee is comprised of at least 5 voting members and no more than 10.  These members consist of one chairperson, elected from among existing members, plus at least 4 committee members who reside within HRM District 16.
A minimum of two past recipients of the Volunteer of the Year award and/or Past Chairs will be invited to assist in judging nominations each year to provide a wider base of input.

If a committee member resigns, or is elected chairperson, citizens of District 16 may apply to serve on the committee by submitting their names to the chair. The chair will in turn bring the names forward to the committee, which will vote on the selection after reflecting on the composition of the committee.

The committee shall meet on 4 to 5 occasions each year:

A quorum shall be 3 voting members, one of which must be the chairperson or vice-chairperson.
When voting for "Volunteer of the Year",  Committee members are eligible to vote and...a minimum of two past recipients of the Volunteer of the Year award and/or past Chairs will be invited to also cast their votes.

Voting Procedure for Volunteer of the Year

Recognition Protocol – each volunteer is introduced (alphabetically by organization), a committee member reads the volunteer’s service record and they are then presented with their awards.
The Committee Chair announces the Volunteers of the Year – Youth first, Adult second – and they are presented with their awards.
A reception for the volunteers, their sponsors and guests follows.
Post-Event -- The secretary will submit the names of the Bedford Volunteers of the Year (Youth and Adult) to the HRM volunteer committee as part of the HRM recognition process. 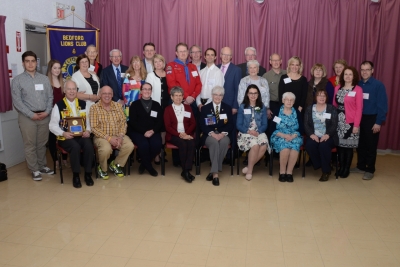 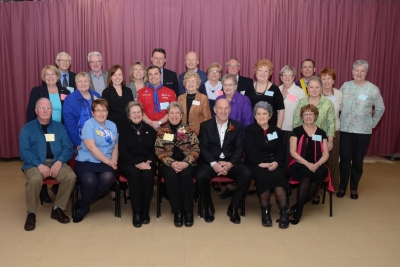 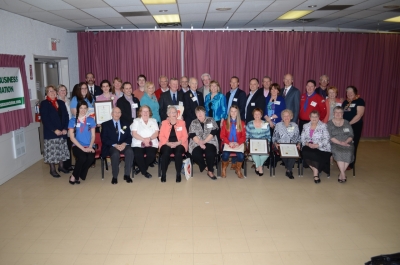 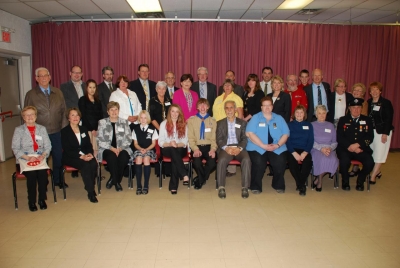